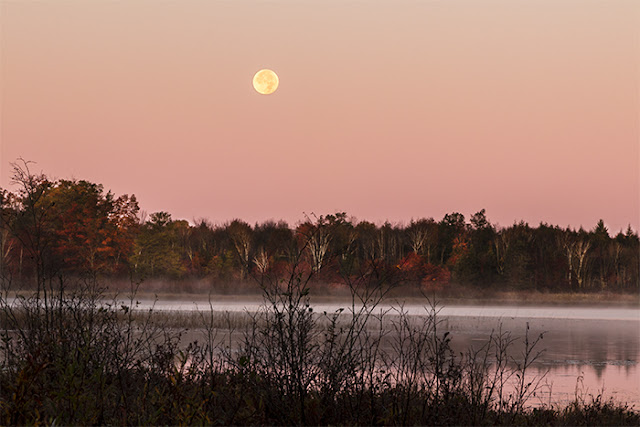 The culmination of a moon setting, the sun rising, fog, a lake reflection, a silhouette, and the end of autumn peak colors allowed for quite a scene to photograph. It was a tricky one too, especially doing it in a single frame without overprocessing the image in post-processing. The additional challenge of keeping the moon sharp but being able to pick up the colors of the rest of the scene and maintain a silhouette.

Speaking of the scene, the pastels of the sky, the fog, the sunrise, and the moon all create emotions in this photograph. This scene evokes a bit of a mixed pallet of them: The hope of a new day, but still a bit melancholy. Peace from the calm of the scene and the reflection mimicking reflectiveness and profound thought. The wonder of a full moon. The mystery and decisiveness of a silhouette. The awe of the colors of the trees. I could go on and on. What emotions come up for you?

Posted by Matthew J. Kirsch at 4:29 PM No comments:


Waterfalls themselves are spectacular.  The power exhibited by one of nature's forces crashing through or tunneling out rock as it makes its journey down into a waiting pool of water.  All that energy can create something spectacular.  It can be something as simple as rapids or more hypnotic as a whirlpool.  As shown below at Dave's Falls in Wisconsin, all the wispy oxygenated water from the whirlpool shows up as white streaks due to the long exposure used to slow down the rapid movement of the water.  The extremely low angle of the shot adds to the drama and makes it seem as though you are standing in the water.  The bridge and fall color complete the image inviting you to take it all in.
Posted by Matthew J. Kirsch at 8:32 AM No comments:

Water and fluctuating temperatures create interesting reactions in the natural environment.  As water freezes, it expands and changes form due to the molecular bonding of hydrogen which in turn causes the water molecules to expand.  Crazy science, hey?  Science aside, this makes for some interesting photographs...ones that I tend to seek out during the changing temperatures.  In order to get interesting photographs, I usually don't need to venture very far.  It could be something in my front yard, such as what happens to trees after freezing rain as shown below.

It could be a known spot within walking distance of usually meandering water now frozen or partially frozen.

Or a short drive down to the nearby Lake Michigan to see the effects of the waves when the water produced by them freezes to the objects on the coastline.

As you can see there are many varied results that the "Frosty Air" has on the natural environment and can be captured.  What are some things that you have witnessed due to water freezing?

Posted by Matthew J. Kirsch at 6:58 AM No comments:

I woke groggily at my campsite at Governor Dodge State Park on a crisp 35° F autumn day.  It was still dark out and as I stepped outside my tent was the chill was apparent quickly.  I made coffee in my mid-century "camping" percolator to help me wake up and warm my chilled self.  I brought the coffee and a snack to my first location that I scouted the day before hoping the weather and light would cooperate.  The morning was still from a wind perspective and the very beginning of dawn was starting to break as I set up for my first shot.  Since Governor Dodge State Park is quite hilly,  I went to a higher spot first to capture the breaking of dawn rolling over the hills.

After working quickly, I made my way to Twin Valley Hollow Lake.  I was pleasantly surprised by the light fog and mist as well as the geese that were out on the lake.  The water on the lake was quite still even with the activity of the geese.  It made the water move just a little to make the ripples interesting but not distract from the very striking reflection of the fall peak I came to photograph.

As you can imagine these photographs would be quite blah without the morning light and fog interest. I scouted the locations the day before and came prepared that morning and Mother Nature delivered.
Posted by Matthew J. Kirsch at 3:50 PM No comments:

The nature of a sunrise or sunset has the ability to stop most in their tracks and to produce a feeling of awe. The star that is responsible for maintaining life on earth can also produce such beauty as it begins and ends our days.  No sunrise or sunset is the same even if the surrounding characteristics are the same as each day is different and never to be repeated.  Including water can dramatize the final product as you have the added benefit of a reflection.  Equally as dramatic is capturing a silhouette for a strong graphic composition.  Finally, clouds and Mother Nature's timing create incredible results.  Here are some of my favorites: 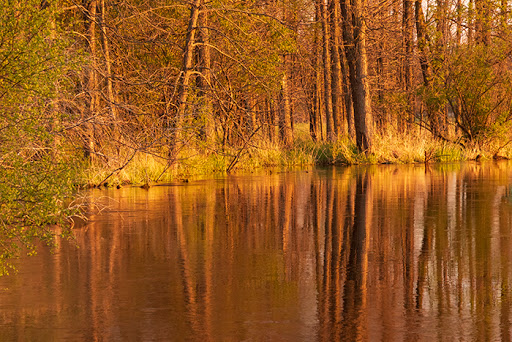 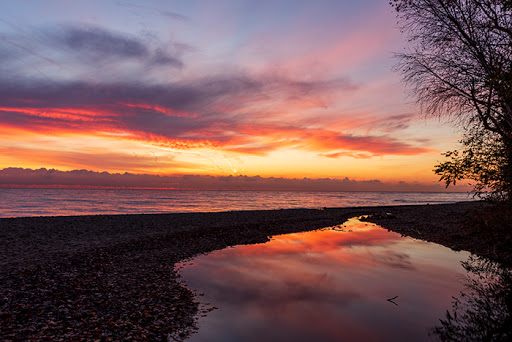 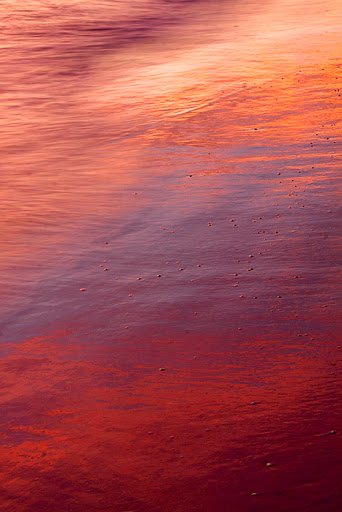 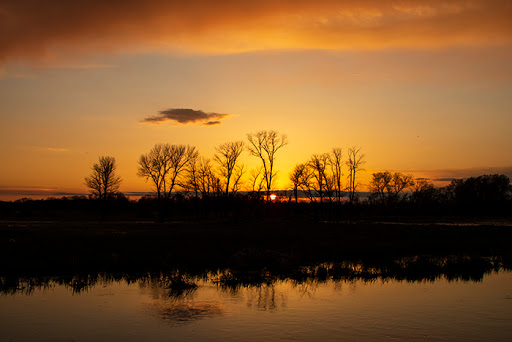 The Bugs and the Bears

If you have been anywhere remote while photographing or doing anything for that matter, in the Northwoods of Wisconsin or the Upper Penisula (UP) of Michigan you are guaranteed to run into the bugs and highly likely to see or encounter some bears. 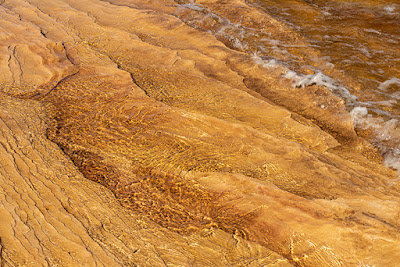 As for the bugs, June is probably the worst time to be in the UP as it is black fly season up there and they sting badly when they bite you.  Just to give you an idea of how bad they can be imagine a yellow canoe turned almost completely black by them flocking to the canoe.  As for the mosquitos, well they don't have a river named after them for nothing.  With the combination of the flies and mosquitos, you can see why I usually photograph during April and early May or mid-autumn.

As for the bears, I have never seen one in the wild with my eyes, but have had a very close encounter.  Let me explain.  This encounter happened while backpacking in the Porcupine Mountains.  My friend and I just finished a 22-mile hike and we were setting up camp for the night.  We had dinner, and then called it an early night and went to sleep.  About a half-hour 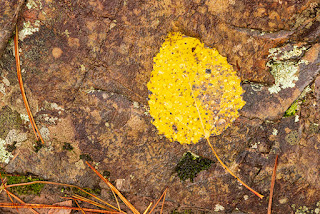 after going to bed, I just some strange noises outside.  It sounded like something approaching and it was definitely an animal.  As it got closer, I could hear a low rumbling breath.  At this point, due to the fact that my hiking poles were in my tent vestibule and outside the screen, I had nothing at the ready to fight off the bear in case it came into my tent.  Luckily, it just breathed and sniffed outside my tent for about a minute and then left.  If we didn't hang our food and scented personal items it might have been a different story.  The next day confirmed that many bears are in the area where we camped.   On our way out we passed a marshy area that was literally covered with bears tracks everywhere.  The bugs were so bad that we nearly had to run through the area to avoid them.  Needless to say, I didn't snap a picture of the tracks.

Posted by Matthew J. Kirsch at 5:36 AM No comments:

End of Summer..I Mean Fall Like in Wyalusing State Park


It was a pretty untypical mid-September weekend which included September 11-14.  With a high of 57 and lows down to 37 it felt more like October while at Wyalusing State Park.  The rain didn't help matters.  Mid-September is usually beautiful in Wisconsin but not that weekend.  I still managed to get some beautiful images.  The cold and the humidity helped produce the fog seen in the following image.